The Seville in the 18th century is a very interesting time in several respects. The period is also called the Age of Enlightment. It has French influences which is the European cultural and political focus at that time but also Seville maintains its personality, its traditions and a strong presence of the Catholic Church.

The baroque period was a brilliance without equal in art. The 17th century in which Seville was lavishly decorated as never before has left us unparalleled works. Seville in the 18th century will mean the continuation of this baroque style that has so well penetrated our city. This is how some of the most famous churches in Seville such as El Salvador or the Magdalene are finished.

The increasingly ornate decoration will end up being called Rococo art and in Sevillian architecture the greatest exponents are the Figueroa family. To Leonardo de Figueroa we owe the facades of the archiepiscopal palace, the palace of San Telmo and the mentioned Church of the Magdalene.

And above all the magnificent church of San Luis de los Franceses, the greatest exponent of the last Sevillian Baroque and a hidden gem of the city.

In painting, the proper names are going to follow the path set by the genius Murillo in the previous century.

However, the mural painting is developed by the hand of Lucas Valdés and Domingo Martínez, responsible artists of the decoration of the many Sevillian temples.

In this Seville of the 18th century an event took place that was going to mark the economic future of the city and not for the better. In 1717, the Casa de la Contratación (House of Trade) was moved to Cádiz, until then had controlled all trade with the New World from Seville. This will be a blow to the Sevillian economy, although the American riches had little to do with those of the 16th century. And besides, the American commercial monopoly of Spain would soon end.

The Sevillians, hurt by this change of venue, thought that everything would improve with a historic visit that ended up lasting five years. It was about the stay in Seville of the monarch Felipe V, the first Bourbon, who decided to change the court from Madrid to Seville in 1729. He stayed until 1734 and this time was called the “royal lustrum”(five years).

The presence of the court in a city was not only an honor for its citizens, it also implied economic and political advantages, new constructions, more work to attend to the many people who came with the king and development of the arts, since the court came accompanied by her painters and on the other hand they bought works from local painters.

Among the new industries that appeared in this Seville in the 18th century, it is worth highlighting the Factory of Weapons or the Factory of Salt, the latter product related to the manufacture of ammunition. The Tobacco Factory already existed, but small and drowned in the central Plaza de San Pedro. Now a majestic building will be built on the outskirts of the city that will bear the name of the Royal Tobacco Factory.

It was designed by the military engineer Sebastian Van der Borcht who also worked as an architect for the Mint and the monumental grating of the Royal Chapel of Seville. Van der Borcht designed the Tobacco factory more like a citadel, with its moat around it to prevent theft and guard posts in the corners, which speaks to us of the importance of this product.

Up to 11% of the local population worked at the Tobacco Factory and many of its workers were women, the famous cigar makers. About one of them the Frenchman Prospero Merimée wrote a story that was immortalized by the musician Bizet. It would be the opera Carmen. The first scene takes place in the mentioned tobacco factory, the second in a tavern next to the wall, the third in a cave on the outskirts of Seville and the fourth in front of the recently inaugurated Bullring.

if we think of Seville in the 18th century, this bullring would undoubtedly be the place where Sevillians enjoyed the most. Bullfights had already been held since the 16th century in various squares of the city, especially in San Francisco, but in the face of popular support it was built expressly for bullfighting in the Arenal neighborhood. Its owners were the Maestrantes de Caballeria, a noble order closely linked to this celebration. The name of the square would therefore be the Real Maestranza.

But not all Sevillians were favorable to bullfighting. Some enlightened voices rose against him. One of them was that of the assistant Pablo de Olavide, one of the most brilliant minds of the Seville of the Enlightenment. However, he did not achieve his purpose due to the great popular support of the bullfighting.

Pablo de Olavide stood out as a politician and writer and also made a famous map of the city of Seville.

Outstanding Sevillians in the Age of Enlightment

Other outstanding people who supported and developed culture and scientific advances in this Seville of the Enlightenment were:

Justino Matute. Spanish journalist, writer and historian. Author of the collection of biobibliographies Sons of Seville. He immediately declared himself Frenchified, which cost him a stay in prison at the beginning of the 19th century.

Antonio de Ulloa. Marine and famous for being the discoverer of platinum. He traveled through South America and continued the seafaring tradition that existed in Seville since the 16th century.

The Abbe Marchena. Liberal and French politician who curiously was never abbe or belonged to the clergy. He translated Molière, Montesquieu, Voltaire, and Rosseau.

As we see, therefore, not everything was decadence in Seville in the 18th century. Despite the new centers of power: commercial, political, cultural and economic, left Seville, which was left as a decaying city of provinces that, although the capital and most important city in southern Spain, would take a long time to recover.

To get to know better the stay of the Court in Seville in the 18th century and more information about the stories and personality of King Philip the V you can have a look to my video in Youtube: The mad king in the sevillian court (spanish)

We propose you our walking guided tours to know the Royal Tobacco factory (today the University of Seville), the Bullring and many other sites from Seville in the 18th century. https://www.toursevilla.com/tours/

To get to know the famous operas that take place in Seville like Carmen, the Barber of Seville, the Mariage of Figaro, Fidelio.. you can go to this link https://www.visitasevilla.es/historia/sevilla-de-opera 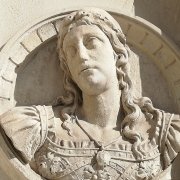 History of Seville 5. The 16th century, the “Golden Age”

ToursevillaSeville Virtual Tours. Learn History and get to know the city of Seville with...